The season of 2021/22 includes the regular subscription series with both the SSO and LNSO and returns to the Oslo Philharmonic, WDR Symphony Cologne, Deutsches Symphonie-Orchester Berlin, RAI Torino, Aarhus Symphony, Monte-Carlo Philharmonic as well as debuts with the Gulbenkian Orchestra in Lisbon, The Deutsche Kammerphilharmonie Bremen, Bergen Philharmonic and other orchestras in Germany and Scandinavian countries.

In 2010, Andris Poga was the First Prize winner of the Evgeny Svetlanov International Conducting Competition, which thrust him into the international scene. He was an assistant to Paavo Järvi at the Orchestre de Paris from 2011 to 2014, and from 2012 to 2014 he served as an assistant conductor for the Boston Symphony Orchestra.

Andris has graduated the conducting department of the Jāzeps Vītols Latvian Academy of Music. He also studied philosophy at the University of Latvia and conducting at the Vienna University of Music and Performing Arts.

« Remember the name of Andris Poga. He will continue to impress us.”
Diapason magazine

«Tchaikovsky’s Fourth Symphony rang out. Outstandingly conducted by Andris Poga, it became a fiery quest in which terror and exaltation underpinned the relentless march of destiny”»
Jean-Felix Marquette

“Andris Poga displayed a natural, overwhelming presence, imposing himself immediately in front of the orchestra, with an outstanding technique and a fantastic arm. (…) He bore with tireless energy the wide ark and complexity of this extraordinarily intricate work.”
Christian Merlin –
Le Figaro, about Shostakovich’s 7th Symphony 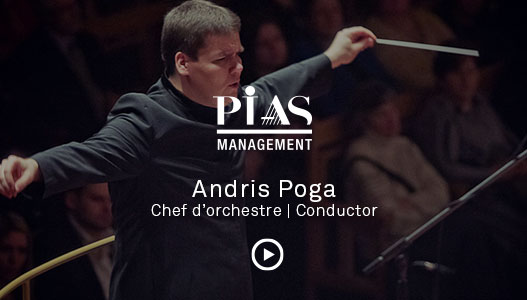 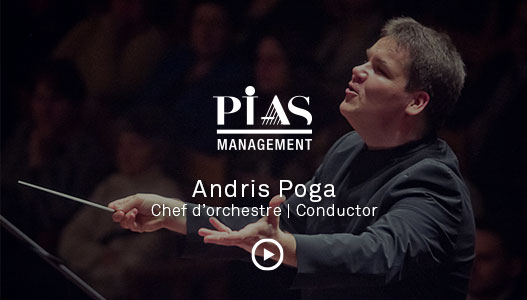 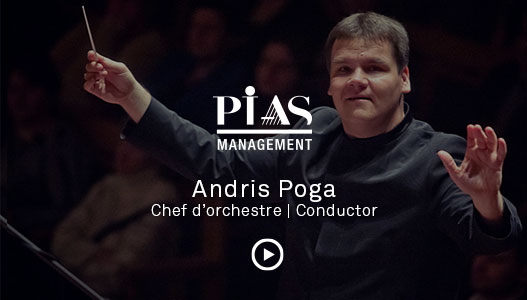