An artist with an intact sincerity, a deepth sensibility and an inner power.

Plamena Mangova won the second prize in the Queen Elisabeth Competition in 2007 and embarked on a brilliant international career, which brought her to almost all corners of the world. She made her studies with Marina Kapatsinskaya at the Sofia State Music Academy in Bulgaria, and then at the Queen Sofia Higher Music School, Madrid with the legendary professor Dmitri Bashkirov. She also worked, later on, with prof.El Bacha at the Queen Elisabeth Music Chapel in Belgium and over the years had received the precious advice of renowned musicians, such as Leon Fleisher, Rosalyn Tureck, Mennahem Pressler, Alicia de Larrocha and Andras Schiff. She is as well a Laureate of various other highly prestigious international piano and chamber music competitions, including “Paloma O’Shea” Piano Competition in Santander and “Vittorio Gui” Chamber music Competition in Florence.

Mangova’s first CD recording experience was for the Belgian record label Cypres, where together with the brilliant Russian violinist Tatiana Samouil, she recorded the entire repertory for violin and piano by Prokofiev. Her first solo CD recording (Shostakovich) was awarded a “Diapason d’Or of the year 2007” by the French critics. A chamber music CD by the same composer followed, and was awarded the Superfonic Prize of the Pizzicato magazine (Luxembourg). Her CD with Beethoven’s repertoire for piano solo (sponsored by the Belgian Bank Fortis), was highly praised by France Musique and Diapason, as were her exceptional recordings of Strauss’ Burleske (2008) and Brahms Piano Concerto No.1 (2010) with the Belgium National Orchestra and Walter Weller (Fuga Libera label). The latter was highly praised by Bryce Morrison in Gramophone magazine. Together with Fuga Libera again Plamena’s discography saw the release of a chamber music CD, highly praised too, which was recorded with the eminent Russian cellist Alexander Kniazev, dedicated to Franck and Ysaÿe. As a passionate advocate of the music from the XX Century until our days (stage performances of music by Schnittke ,Gubaidulina , Penderecki ,Lutoslawski, Bacewicz, Yusupov) Mangova’s latest CD “Bridges of Love” features the highly original music of her compatriot, the long time based in Luxembourg Bulgarian composer Albena Petrovic, recorded at the Luxembourg Philharmonic and released by Solo Musica (DE). That same CD production was nominated for the Opus Klassik (ex- Echo Klassik) prestigious German awards. Another upcoming release, as a solo piano album, would be produced by the French label Mirare. The “Intimate letters” CD will be out in November 2021 and will feature some great masterpieces by Robert Schumann, Clara Schumann and Johannes Brahms.

Recent seasons highlight performances include a Stravinsky piano concerto performance with Staatskapele Berlin under Pablo-Herras Casado (an invitation of Maestro Daniel Barenboim), the Hamburger Symphoniker at the Elbphilharmonie in Hamburg, concert at the “Rostropovich Festival” in Orenburg with Moscow Soloists under Maestro Yuri Bashmet, concerts with the Polish Radio Orchestra with Lawrence Foster, Mangova participated at several festivals such as La Roque d’Anthéron International Piano Festival, the Chamber Music Festival in Jerusalem, “Arts Square” Festival in St.Petersburg (an invitation of Maestro Yuri Temirkanov), Enescu Festival in Bucharest, “Chopin and his Europe” Festival in Warsaw, recital in Kansas City (USA) .

« It is rare to feel a true emotional shock when listening to an artist… There was no drop in tension in this extensive program. Beethoven’s 10 Variations on a theme of Salieri, played to perfection, were a great introduction to the monumental Brahms 3rd sonata, so masterfully played. Admirable technique, marvelous balance and perfect reading of the polyphony even in the deepest passages…”
Concertclassic.com (about her recital at the Théâtre des Champs Elysées in Paris) 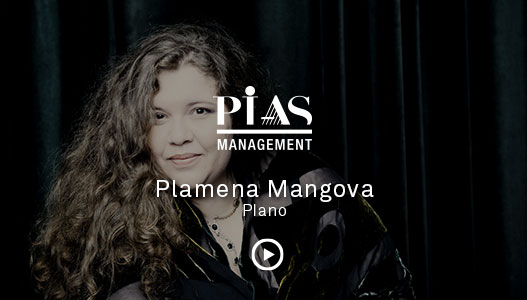 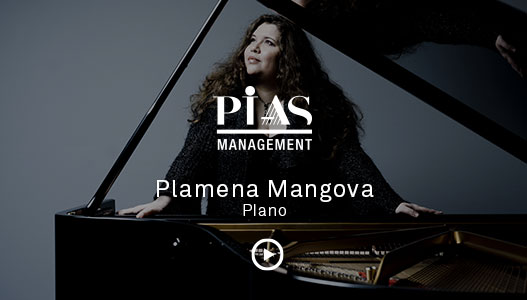 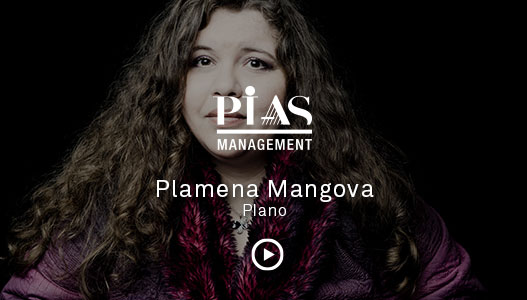