Kaspar Zehnder has been artistic director of the Murten Classics festival from 1999 to 2021, musical director of the Biel Solothurn Symphony Orchestra from 2012 to 2022 and of the Hradec Králové Philharmonic in the Czech Republic since 2018. For the village of Riggisberg (canton of Bern, Gantrisch Nature Park), where he was born in 1970, he has been creating the Klangantrisch festival since 2015, meeting point, crossover festival. From its founding in 2005 to 2012 he was musical director of the Zentrum Paul Klee in Bern. As the successor to Jirí Belohlávek, he was chief conductor of the PKF Prague Philharmonia between 2005 and 2008. In his hometown of Bern, he studied flute (Heidi Indermühle) and opera/orchestral conducting (Ewald Körner) while attending schools. In Zurich, Basel, Siena, Paris and as a member of the European Mozart Academy, he received numerous artistic impulses from Aurèle Nicolet, Ralf Weikert, Charles Dutoit, Manfred Honeck and many others.

He has also conducted the English Chamber Orchestra several times, for example at gala concerts in the presence of Prince Charles. He was a guest at the Folles Journées in Nantes and Tokyo with great success. As a flutist he plays numerous concerts with his ensembles “mit vier” and “Ensemble Paul Klee”, but also in a chamber music group with Magdalena Kozená, Sir Simon Rattle & friends. Her project “Soirée” was on tour in 2016 and 2019, was released on CD by Pentatone and will be resumed in 2022.

Kaspar Zehnder regularly plays the double role as soloist and conductor, for example on his CD Mozart / Reinecke with the Slovak Philharmonic or in concertos by Jewish composers (Klepper, Weiner, Bloch, Schulhoff) for ArcoDiva. He celebrated Beethoven 2020 with a production of “Fidelio” in Biel, with the Missa Solemnis with the Czech Philharmonic Choir Brno in the Czech Republic or a symphonic marathon in Odense / Denmark. The French label “Calliope” has also released the live recordings of the 5 piano concertos with Giovanni Bellucci and the Biel Solothurn Symphony Orchestra. A cycle of Prokofiev’s 5 piano concertos with Claire Huangçi is planned for 2021/22. A Mozart live album was recorded with the Queen Elisabeth Music Chapel Bruxelles and the Biel Solothurn Symphony Orchestra, and with his wife Ana Oltean and harpsichordist Vital Julian Frey he has recorded Bach’s trio sonatas for Ars Produktion.

In addition to maintaining the standard repertoire, discoveries and rarities are his passion: for the label Schweizer Fonogramm he’s recording the 6 symphonies of the Swiss composer Joseph Lauber (1864-1952) for the first time ever. In the field of opera, the world premiere of Bartók’s Blaubart in the chamber version by Eberhard Kloke (Bienne Soleure 2020/21) was a great success and will be resumed in 2020/21. Kaspar Zehnder also directs productions of “Eugene Onegin” (Opéra de Massy, Orchestre National d ‘Île-de-France), “Le nozze di Figaro” (Opéra Metz, Orchestre national de Lorraine 2021) and “Sárka” by Janácek (Theater Orchester Biel Solothurn).

Udo Zimmermann’s chamber opera “Weisse Rose” was awarded the Armel Prize for the best production in 2017 and has since been shown in Vienna, London, Oslo and Krakow. 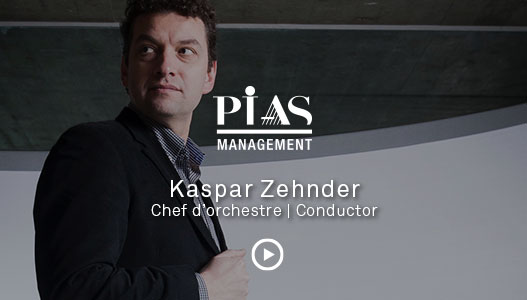 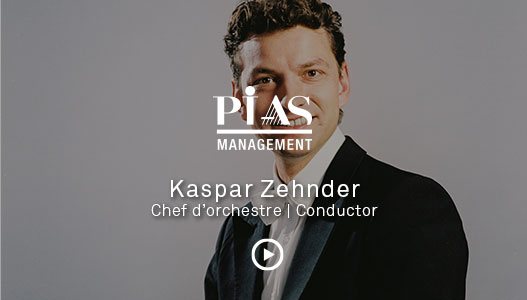 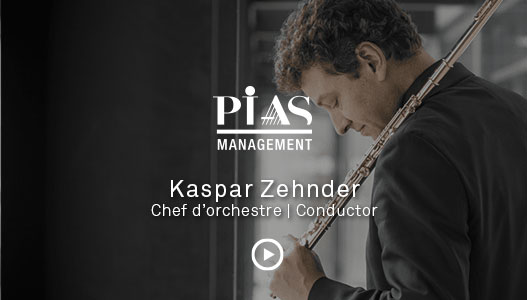