A young violin prodigy, Daniel Lozakovich approaches the repertoire with precision and maturity.

For those who do not yet know Daniel Lozakovich, this young 20-year-old violinist is ” approaching the musical Olympia since several years“. The violinist called ” the young prince of the violin” and compared to Yehudi Menuhin, was discovered at his early age by Vladimir Spivakov, with whom he gave his first concert at the age of 9. In 2016, he signed an exclusive contract with Deutsche Grammophon, followed by a critically acclaimed album of Bach’s two violin concertos and Partita No. 2. In 2019 he released a recording of Tchaikovsky and in 2020 a new recording of Beethoven’s Violin Concerto. On stage, he has already performed with the greatest, including Valery Gerviev, Andris Nelsons, Esa-Pekka Salonen, Christoph Eschenbach, Neeme Järvi, Nathalie Stutzmann, Semyon Bychkov, Ivry Gitlis, Emanuel Ax, Renaud Capuçon and Shlomo Mintz. For his second appearance at the Théâtre des Champs-Elysées, Daniel Lozakovich will share the stage with Stanislav Soloviev. From Bach to Franck, via Brahms and Ysaye, the two virtuosos have chosen to share their love of music by offering us the widest range of their talents.

Coproduction with the Philharmonie de Paris

“It goes without saying that the innate talent of the young Swedish violinist demonstrates a stunning interpretative maturity, an exquisite musicality and a perfect and absolute knowledge of the pieces he plays”
Opera World

“Daniel Lozakovich […] made his New York debut. He began with a dark-toned, probing and dramatic account of Bach’s monumental Chaconne for solo violin. In this informal space, the performance seemed epic.”
The New-York Times 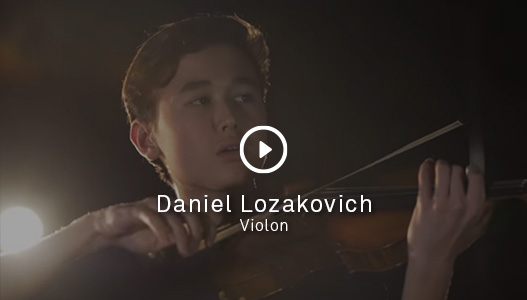 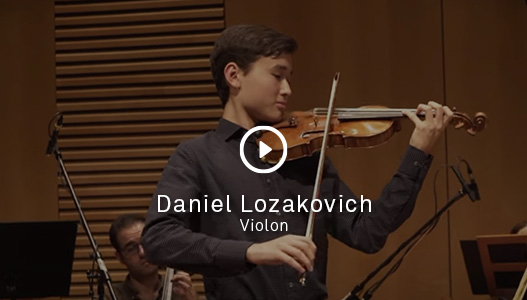